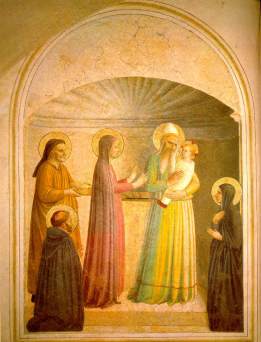 The spiritual work has potential to bring us to the heights of which a lot is written, and which many throughout the history have known about through direct experience. A lot of it can be summed up in an ancient Vedic mantra (also known as the Om Asatoma mantra), which is a form of a prayer, taken from a sacred text called the Upanishads. It goes like this:

Translated, it means: “From ignorance, lead me to knowledge. From darkness, lead me to light. From death, lead me to immortality.”

Some have translated the first line as meaning “from unreal, lead me to real.”
Ignorance can be associated with that which is not real, that which is impermanent, the low forms of life that so many people indulge and identify with, as if it is something that will last forever, or something that carries a huge importance. But if we look at it from the perspective of eternity, what carries the true importance is that which we do in life and that will aid our spirit to climb up the ladder of the Being; that which will stay with us and be part of us even when this life is over. Everything else will melt away and eventually be forgotten by the people of the earth. It doesn’t have that much importance as we hoped it would, though by strong clinging to this life, we miss that which is truly important – the real, consciousness, the Being.

Even though the more substantial real is outside of this dimension, we can also find that which is real here, from moment to moment. We don’t see it in our ignorance as we are chasing the things of life; we don’t see the present moment and all that this entail.

Imagine for a moment a mother who takes her children to an outdoor playground. Being a good mother, it is her responsibility to do that so to make them happy. On her mind however she has dozens of other things, such as unfinished work, vacation planning, groceries shopping etc. But in one instance, as she is sitting there, half looking at her kids and half thinking about other things, she is ‘hit’ by her consciousness. That awakens her from her sleep and she notices the present moment, perhaps first the wind moving the branches, or clouds dispersing, or a laughter in the playground. In that moment, all her daily problems seem to be lifted up, and for some time she enjoys that which is real. She is one with her consciousness. She IS.

When we pray to our Divine Being or other Beings “from unreal, take me to real”, incredible things can happen. Even though very important, the above example is very basic – we can be taken to see even more of the reality. It is a gradual thing, often time dependant on the ‘merits of the heart’, and our longing for truth and the light of the Being.

To be taken “from darkness to light” requires effort from our side. We can be shown what the light is, but in order to have it inside us continuously, we first have to shine the light of our consciousness onto the darkness of our nature – the egos, the subconscious. This requires a conscious work from moment to moment, every day of our lives, guided by our inner divine spark who wants to awaken and be united with her Being once again. This process is difficult, but worthwhile in every respect, because when the light enters, we are uplifted to heights unknown to us before. Our petition is then granted and we are taken from darkness to light, albeit only its first stage, though the divinity has smiled upon us and has given us a type of hope in which we can see that the hard work could be achieved.

The following excerpt from a book speaks that not only we have to ask for the light and for reality, but also to give it to others through our words and deeds. We can knock on the door, have the door opened and receive what we ask for, but then we also need to share that light with others who seek it, not just through imagination, but through actual words and deeds.

“Begin from the heart of life; have full confidence in the great and sacred powers of love, which are closely waiting for your co-operation, your union with them.
By an effort of the divine will within, direct the spiritual light and power out into the world, to lighten the darkness of the world…
To ease the pain of all who suffer…
To inspire thoughts of goodwill in human hearts…
To bring peace and brotherhood among the nations.
May the divine magic work in and through your hearts and lives, for the blessing of human kind, and the glory of your Father – Mother God in heaven.”

Music for the soul

“The old truth which was known to the ancients, but which had been almost entirely forgotten during our modern age of materialism, that man is not a finished being, incapable of any further organic development, but that his body and his mind are continually subject to transformation and change, and that no transformation can take place where no substance exists, because force cannot exist without substance, has become almost universally known. “