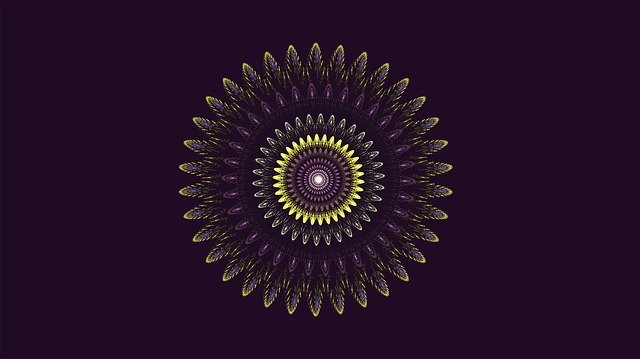 It is said that spiritual perceptions and experiences of such kind are gifts from divine beings, as well as our own Being. These type of experiences can come when we least expect them, giving us a flavour of our latent potential and helping us peak “beyond the veil”. This is what happened to me during my time in Canada. I spent about a week in a retreat center, somewhere in the forests of Ontario. The area was gorgeous with many lakes, beautiful lush forests, and a rich animal life. During one of the mornings we gathered in the practice room (which was actually a tent) to chant the mantra Om Namah Shivaya. END_OF_DOCUMENT_TOKEN_TO_BE_REPLACED

For the past few months I have been arranging a start of online spiritual activities in the format of courses and workshops, and am glad to announce now that they will start at the end of this month. I wanted to create an activity through which I would be able to explain about the way to spiritual development that I learned practicing the teachings of Samael Aun Weor and Belsebuub, which in their essence are of Gnostic origin. So with this goal in mind I composed the main format of passing down this instruction, which is through a course called “Spiritual Ascension”. As the name imply, it is about ascension, but of such kind that brings an incredible inner change and can lead a person towards spiritual mastery. END_OF_DOCUMENT_TOKEN_TO_BE_REPLACED

If we would talk to people who have spiritual longings about the need for the inner work, many would agree that it would be beneficial and even necessary to reach self-realization. At the same time, however, many feel that they are not ready due to their circumstances in life, that they need to place their full attention on their family, job careers, or some projects that they are working on. It’s also not uncommon for those who have been doing the work for some time and have failed in it, to decide to step back and resume it when they will be stronger. END_OF_DOCUMENT_TOKEN_TO_BE_REPLACED

The spiritual work has potential to bring us to the heights of which a lot is written, and which many throughout the history have known about through direct experience. A lot of it can be summed up in an ancient Vedic mantra (also known as the Om Asatoma mantra), which is a form of a prayer, taken from a sacred text called the Upanishads. It goes like this:

Translated, it means: “From ignorance, lead me to knowledge. From darkness, lead me to light. From death, lead me to immortality.” END_OF_DOCUMENT_TOKEN_TO_BE_REPLACED

One of the meditation techniques that I learned early on in my Gnostic journey is called “mindfulness”. It is an ancient simple technique from the Buddhist tradition, and yet very effective. I like to do it out in nature, but it can be performed anywhere where you find yourself. It is done like this:

Sit down somewhere where you are comfortable, be it a chair, cushion, rock, grass, sand etc… put all of your thoughts of the day aside and become aware of your surroundings. Take some deep breaths, holding it for a moment, and then exhale. Close your eyes. END_OF_DOCUMENT_TOKEN_TO_BE_REPLACED

A couple of years ago I visited a place in India where I’ve met a devote of the Hare Krishna movement. We spent some time talking about spiritual things, and during that conversation a topic of lust came up, that further sparkled a talk about Krishna and his human characteristics, particularly some romances from his life. The devote said how it was normal that Krishna had human characteristics such as erotic playfulness and that he had over 16108 wifes, even though he was a spiritual being of a high caliber. (by the way, if you add that number kabalistically you get number 16).

I noticed over the years that it is not uncommon for people who lean towards spiritual side to have such view about higher beings who once walked the earth. Similar perception is attributed to Jesus, for whom it is said that he was a husband of Mary Magdalene, which interpretation is obtained from the early Christian texts, primarily the Gospel of Philip. If you ask many of the believers of the Christian faith, they will tell you: “despite of all he was also a human.” END_OF_DOCUMENT_TOKEN_TO_BE_REPLACED

Music for the soul

“Meditation is inseparable from concentration. When the mind has gained its full strength through singleness, it naturally becomes meditative. Often the mind is compared to a lake. If the surface is absolutely smooth not a ripple then we can see clearly what lies beneath. Similarly when this mind becomes calm, when the wind of uncontrolled desire does not constantly create ripples over the surface of it, then the image of our true nature is not broken and we obtain a perfect reflection of what we are in reality and what our relation is with the Supreme Intelligence.”
~ Swami Paramananda